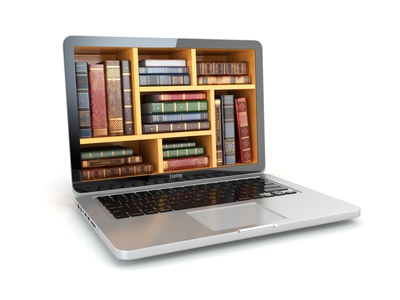 On 10 November 2016, the European Court of Justice decided that the lending of e-books may be covered by the scope of the Directive on Rental Right and Lending Right (Directive 2006/115/EC), at least in cases of “one-copy-one-user” lending (i.e. the option of lending a previously purchased e-book to one library user at a time) of legally purchased e-books.

What does this mean?

In principle, the author has the exclusive right to authorise or prohibit the rental or lending of his or her work (Art. 1 of the Directive). For the rental of works, the member states may, however, derogate from this exclusive right in favour of public libraries, provided that the authors obtain a remuneration for such lending (Art. 6 of the Directive). This provision was implemented into German law in Section 27 (2) of the German Copyright Act (UrhG).

Up to now, the provisions in the UrhG governing lending only refer to tangible copies (i.e. printed books). The reason for this is the principle of exhaustion according to which a copy of a work that has been put into circulation with the author’s consent can be further distributed without another declaration of consent being required. This principle only relates to tangible copies of a work (Section 17 (2) UrhG). In practice, this has the consequence that the lending of intangible works (i.e. e-books) is only possible on the basis of the author’s prior consent, i.e. a license agreement between the rights holder and the library. This is why publishers have been entering into far-reaching license agreements for the use of e-books in libraries. Some of these agreements provide for a higher remuneration than the retail price for the purchase of an e-book by a library, or restrict use of the e-book to a defined time period (e.g. 2 years).

After the ECJ decision, the question now is whether this licensing practice will continue, or whether the German legislator will revise the law, also permitting the lending of e-books without a license.

As most libraries are currently using other models in addition to the “one-copy-one-user” model, e.g. so-called multi-user licenses (which means that several users can access the work simultaneously), short-term loans (which means that a library rents a work), non-linear lending (which means the purchase of specific access numbers/year) etc., it is to be assumed that the contracts would continue to apply even in the event of a legislative revision. The libraries may, however, use such legislative revision to renegotiate the agreed license terms.

Above all, however, a legislative revision would allow libraries to use e-books for which license contracts have not been concluded up to now, for instance because the relevant publisher does not support the lending of e-books as a matter of principle.

The ECJ decision is another setback for the publishers, because the remuneration for the lending by public institutions takes place exclusively via the performance rights organisations. However, in the absence of a corresponding right, the ECJ (C-572/13) and the German Federal Court of Justice (BGH I ZR 198/13) held that payments by the performance rights organisation to the publishers are not admissible.

Also, libraries’ rights in connection with the use of electronic reading stations were extended to the publishers’ disadvantage in April 2015 (ECJ C-117/13 and BGH I ZR 69/11).