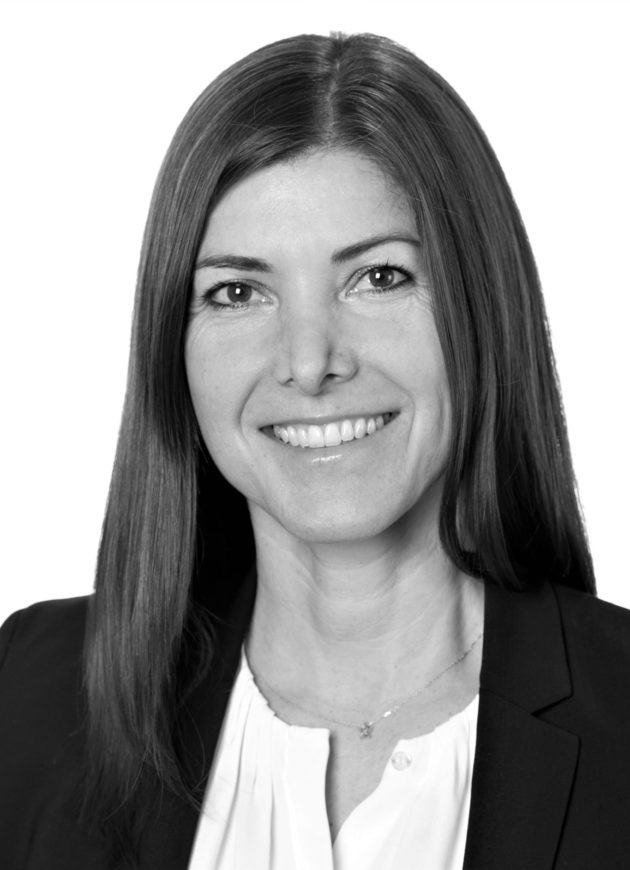 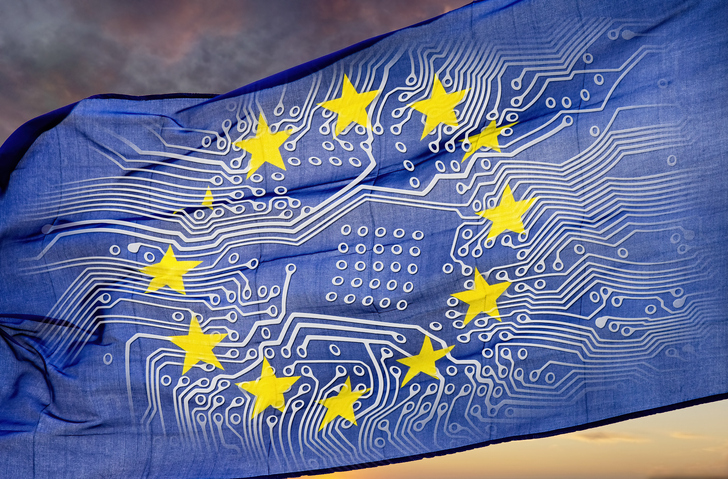 2021 will bring significant change for rightholders and online platforms alike. New regulation is on the horizon, especially for the so-called online content sharing service providers (so called ‘OCSSPs’), i.e. online platforms providing access to content that has been uploaded by the services’ users, such as YouTube, Reddit, TikTok, Scribd, ResearchGate, etc.

A history of conflict
In recent years, those online content sharing service providers have thrived: popularity among the public has gone through the roof and unfortunately, more often than not, rights in content uploaded on those platforms were not cleared, infringing the rightful positions of rightholders. Not surprisingly, the media industry fought back, trying to achieve that those platforms are prevented from distributing protected content without a proper licence or – at least – to participate in the revenues generated while piggy-backing on infringements. As the technical upload of content stems from the users, which are mostly anonymous and spread throughout the world, courts faced the difficult challenge of finding a proper legal basis to make platforms directly liable for the copyright infringements occurring on their services. The German jurisdiction invented the concept of ‘Störerhaftung’ to tackle the problem. This concept shifted the burden to monitor platforms and identify illicit content to the rightsholders. However, it is the OCSSPs who have full control of their platforms: they have the means to identify available content, they have the technical insight and the possibilities to guide and inform their users how to avoid infringements. To clarify the extent of direct liability of such platforms, and with it an obligation to pay damages to the rightholders for unlawful usage of their content, two cases are currently pending at the Court of Justice of the European Union (CJEU): Peterson v YouTube (C-682/18) and Elsevier v Uploaded (C-683/18). Both cases were joint together for decision, which is expected in spring 2021. This decision, which is intended to provide guidance on the question under which circumstances OCSSPs are directly liable for copyright infringements by their users, will now likely be outdated by the time the Court comes to terms.

New legislation provided by the European legislator
While those cases, which were initiated as long ago as 2014, made their way through the instances in German courts, the EU worked on new legislation providing new mechanisms of platform liability requiring a close cooperation between platforms and rightholders – Article 17 of Directive (EU) 2019/7901 (DSM Directive). The DSM Directive entered into force on 17 April 2019 and must be implemented by Member States by 7 June 2021 (according to Article 29 DSM Directive).

Deviating implementation in Member States
Implementation is currently in process throughout the EU. Whereas some Member States, like France or the Netherlands, decided to implement the Directive by adopting it word-for-word in their national law, others – like Germany – are proposing legislation which deviates from the wording of the Directive, citing (supposed) gaps in the European legislation – thereby softening its impact for platforms and their users. The results of such differing national adaptions could be significant in practice.

Below are several examples comparing the European requirements under Article 17 with the current draft of the German implementation Act (UrhDaG-E, Draft Copyright Service Provider Act).

Who needs to take action?
Article 17 of the DSM Directive imposes an obligation on platforms to make ‘best efforts’ to obtain an authorisation from the rightholders, for instance by concluding a licensing agreement (Article 17(1) para. 2, (4a)). However, the German proposal adds that it shall already constitute a ‘best effort’, if the OCSSP merely waits on rightholders to make an offer or to obtain rights from a “representative rightholder known to the service” or by a collecting society. If this proposal becomes binding law, this means that OCSSPs can remain passive to a large extent. It is still the majority of rightholders who have to get active: they have to monitor the internet and the usage of their content and actively offer licences to OCSSPs or – in case they are “representative” at least make themselves known to the service.

What scope of rights?
Article 17 of the DSM Directive does not make any statement regarding the scope of the rights which may be (and need to be) granted by rightholders to OCSSPs, leaving this point to the discretion of the rightholders. However, the German draft (§ 4(2) UrhDaG-E) adds further requirements: the rights granted to an OCSSP shall (always) be comprised of rights regarding

– content that is typically distributed by such platform,
– a significant repertoire of works and rightholders,
– covering the territory of Germany, and
– permitted use under appropriate conditions.

In particular, the second requirement de facto excludes rightholders who do not own a significant repertoire. If the proposal becomes binding law, the possibilities of smaller rightholders are significantly limited and may result in a shift towards collective licensing limiting the rights of creatives to control their own work.

How to block content?
If an OCSSP cannot obtain an authorisation, the platform has to block such content under certain conditions: Article 17(4b) of the DSM Directive obliges OCSSPs to ‘make, in accordance with high industry standards of professional diligence, best efforts to ensure the unavailability of specific works and other subject matter for which the rightholders have provided the service providers with the relevant and necessary information’. Also in this regard, the German legislator modifies the European effort by now distinguishing between a ‘qualified blocking’ process in § 7 UrhDaG-E, which is also requesting ‘best possible efforts’ to block such content, and a ‘simple blocking’ process in § 8 UrhDaG-E where public access has to be stopped only if the rightholders have given notice of an infringement.

New exceptions and assumptions?
Surprisingly, the German legislator has invented exceptions from the blocking obligations – without such exceptions having a basis in the DSM Directive.

The German draft legislation presumes in § 9 UrhDaG-E that a certain kind of usage per se is legally permitted, i.e. if
– less than half of a work is used or multiple works are used,
– those parts of works are combined with other content, and
– it is an assumed “minor usage” of such works or works are pre-flagged as being permitted.

Although reduced in the course of drafting the legislation,these exceptions constitute a deep cut in the legal positions of rightholders, without any foundation in European Law.

No take-down?
In the DSM Directive, the European legislation has not addressed the procedures of the complaint-and-redress mechanisms. The German proposal, however, provides precise rules: in the situation of ‘minor usage’ or where the content is ‘pre-flagged as being permitted’, the content, being subject to an automated blocking process, must remain online according to the German legislator (§ 9 (1) UrhDaG-E) until the complaint procedure between uploader and rights owner is completed. If content is requested to be blocked in an automated process after its upload, the content must stay online for 48 hours to allow for an appropriate notice to the uploader.

How should rightholders prepare themselves?
Whatever the final wording of the national legislations will be on 7 June 2021, one thing is clear: in order to preserve copyright protected works from being exploited without a licence through platforms like YouTube, rightholders need to have a well-managed rights database which provides the ‘relevant and necessary information’ regarding the works owned by the rightholders. What such ‘relevant and necessary information’ means specifically will certainly vary from sector to sector, but as a basic requirement the information has to be sufficient and appropriate to identify a certain work and will most certainly have to be processable in an automated manner.

Further directions are expected from an official ‘guidance on Article 17’ by the European Commission. Certain sectors are currently discussing the pros and cons of industry-wide standards as well as founding central or de-central databases for the purposes mentioned.

Rightholders may also be required to monitor the online market to identify platforms which are making use of copyrighted works without a licence in order to provide such platforms with ‘relevant and necessary information’ to block the upload or availability of such works.

Once blocking by a platform has started, rightholders will have to prepare themselves to implement a complaint-and-redress procedure which deals with questions of over-blocking and respecting legal exceptions of use. Under German law an additional ‘red button’ process is available to rightholders.

Legal tech to the rescue?
As mass usage of digital content will continue to increase, it seems likely rightholders will resort to legal tech solutions enabling them to enforce and control their legal positions. Such solutions may combine a concise rights management with online monitoring and identification tools, as well as with complaint-and-redress procedures. Even with such technical solutions in place, business models of rightholders will be subject to significant changes in the near future. If actively managed, this should be a chance to evolve.