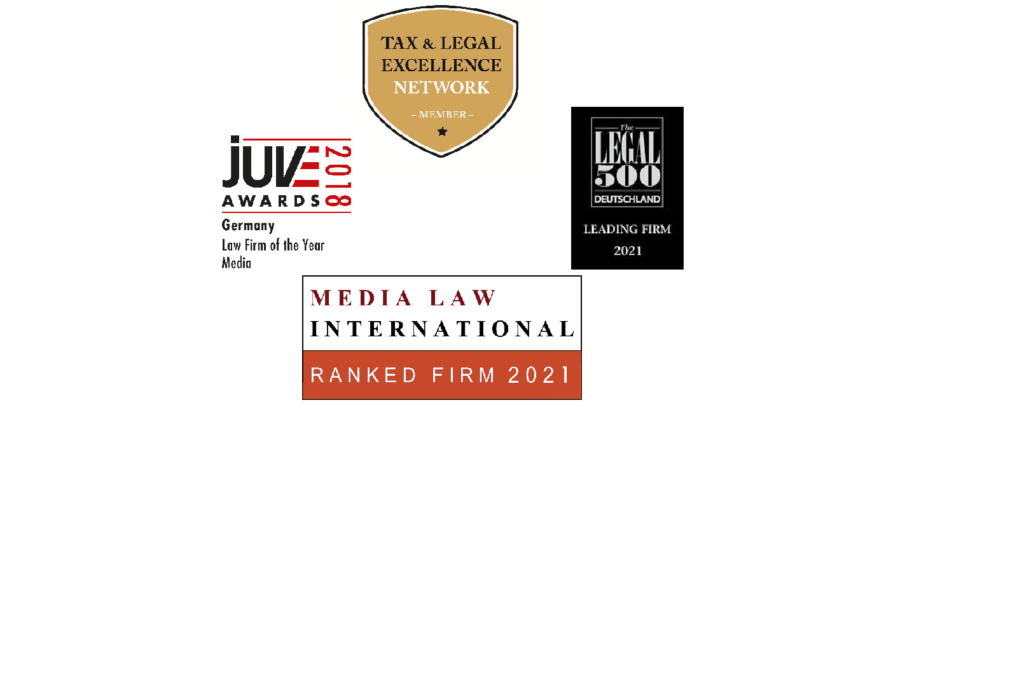 “Lawyers are obligated to maintain confidentiality”

… this is why on here you will simply find a few excerpts from the assessments and reviews of our firm in the leading law firm rankings of brand eins,  „JUVE Handbuch Wirtschaftskanzleien“ (the leading German-language handbook) , Legal 500 and Media Law International.

„Lausen’s leading position is unwavering. The firm is highly reputed and widely praised by clients and competitors for its history of excellence and media sector specialisation. One competitor noted: “It is number one in Germany. Lausen has reached a position where I look at the people and quality of work and see where I would like to be in five or ten years.” Working with Martin Schippan and the wider team, founding partner Matthias Lausen acts for clients from the press and publishing, broadcasting, film and music sectors.“ (Media Law International 2018)

“ A law firm recommended in media law that is constantly evolving like only a few competitors and is thus hardly inferior to the larger units in the advisory spectrum. The team around Lausen and Bäcker has not only received praise from competitors for its role in prominent proceedings in the industry, such as on the part of SZ against Eyeo due to Adblock or the latest dispute between Gema and YouTube. ” A law firm that unites a whole team of top media lawyers”, one client sums up. The firm has long used its deep expertise in copyright law specifically for the various fields of copyright law. Media such as books, films or, increasingly, scientific literature […] The growing business occupies an office opening in Hamburg, which opens up opportunities for further development of the market”. (JUVE Handbuch 2017/2018)